Ep. 8. Was it a dark and stormy night? Odd first lines

Once upon a time...we read an article listing the 100 Best First Lines in literature. The article includes all the ones you expect: "It was the best of times, it was the worst of times,...", "Call me Ishmael.", "It is a truth universally acknowledged ...",  "Somewhere in La Mancha,...", and "Happy families are all alike; ...". But the list also contained some unorthodox and brilliant ways to start a novel: 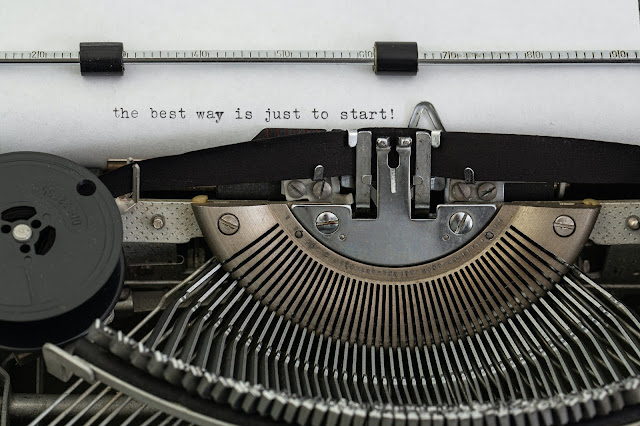 📗 The Princess Bride by William Goldman
🖋 "This is my favorite book in all the world, though I have never read it."
This first line should immediately put you in the mood for what's to come. In this beloved book, Goldman regale readers with romance, action, humor, fantasy...pretty much everything your reader's heart desires. The movie adaptation from 1987 is a great companion piece. You can watch a great trailer here.
If this book is a beloved one of yours, Movie Maniacs Design sells an art print of the story's map. The map is also available as a fleece blanket from Feesoz. 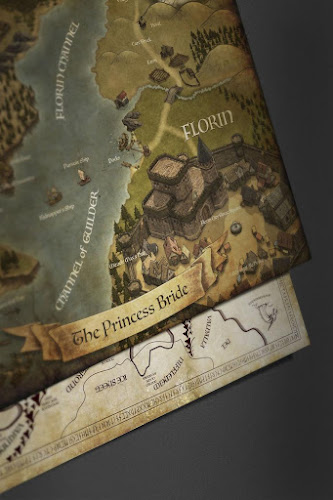 Fleece Blanket of The Princess Bride map
📗 Galatea 2.2 by Richard Powers
🖋 "It was like so, but wasn't."
In addition to the ambivalent first line, the main character of this novel is also a novelist and he shares the first and last name with the author. Since this novel is about programming an artificial intelligence which grows to demand knowledge of its identity and grounds for existing, one cannot help but get in a wondrous mood. But don't think this book is just for those technologically inclined. Lovers of the written word will enjoy the task assigned to Richard Powers (the character): to train an artificial intelligence on a list of Great Books. This novel will appeal to your intellect and emotions, both.
We have seen this book as a prescribed cure for reluctant readers of fiction; therefore, if you know of any, now you can recommend them some bibliotherapy.

📗 Slaughterhouse-Five by Kurt Vonnegut
🖋 "All this happened, more or less."
What a Vonnegut way to start a book, and what follows is worthy of that opening. Narrated in a fractured timeline, we get to know Billy Pilgrim as an optometrist, an alien abductee, a POW, and a survivor of the bombing of Dresden during WWII. This is a moving and humorous book at the same time.
A graphic novel adaptation by Ryan North and Albert Monteys has been published in September, 2020. If you loved Vonnegut's original, we cannot recommend this enough to you. We chose the graphic novel version of Slaughterhouse-Five for our Six-Word Review this week: An old friend gets a makeover.
📗 The Unnamable by Samuel Beckett
🖋 "Where now? Who now? When now?"
The Unnamable, the third entry of "The Trilogy" by Beckett, is written as a stream of consciousness by a narrator who is unnamable and immobile. Beckett's existentialism is felt by indications that the narrator and other characters are variations of the same entity, which is being created by the narration itself. The novel not only starts with a memorable opening line, but it also ends with one: "I can't go on, I'll go on"
The novel was originally published in French, which is not a surprise given the many years Beckett lived in Paris. If you like Beckett's works and would like to follow in his footsteps in Paris, you can have a lunch of cold chicken and champagne (his usual) at Cafe de la Paix. You can also take a two-hour walk around the city following a route created by TimeOut Paris. The walk includes sites like Beckett's first address in the city at 12, rue de la Grande Chamber (6th arrondissement),  and his final resting place at Montparnasse Cemetery.
📗 The Razor's Edge by W. Somerset Maugham
🖋 "I have never begun a novel with more misgiving."
Enjoy as Maugham makes cameos throughout this novel full of unforgettable characters.
It might not be a bad idea to pair the reading of The Razor's Edge with a Bellini. This Prosecco and pureed peach cocktail was created in Venice at Harry's Bar, which counted Maugham among its famous clients. Or better yet, pack the book, head to Venice, and read the book drinking a Bellini at Harry's Bar.
The books we have chosen for Book vs Book this week are both excellent instances of experimental fiction, and both have unorthodox first lines. You can visit our page and vote for your favorite.
📗 If on a Winter's Night a Traveler by Italo Calvino
🖋 "You are about to begin reading Italo Calvino's new novel, If on a Winter's Night a Traveler."
Yes, you read that correctly: Italo Calvino is introducing his novel by stating his introducing his novel. The experimental text continues with characters like Reader and Other Reader, books with the same chapters repeated over and over, and editions of a book that change authors in every new copy. An ode to reading and writing, in the unique voice of Calvino.
📗 Alphabetical Africa by Walter Abish
🖋 "Ages ago, Alex and Alva arrived at Antibes, and Alva allowing all, allowing anyone, against Alex's admonition, against Allen's angry assertion: another African amusement . . . anyhow, as all argued, an awesome African army assembled and arduously advanced against an African anthill, assiduously annihilating ant after ant, and afterward, Alex astonishingly accuses Albert as also accepting Africa's antipodal ant annexation."
Did you notice the first letter of every word in that first line is an A? But the first line is not the only amazing literary feat in this debut novel. With each additional chapter, Abish uses one more letter to start the words, and after chapter 26, the process goes backwards.
📗 The Breast by Philip Roth
🖋 "It began oddly."
It did begin oddly, and it continued to get odd as the book progressed. A professor wakes up one morning realizing he has turned into a giant breast.
The cover for the 2013 Kindle edition by Farrar, Strauss and Giroux is our selection for our Cover Gallery this week. Philip Roth helped advanced book cover design by using minimalistic, conceptual images and bold serif font. This design aesthetic, created by Paul Beacon, became Philip Roth's brand and it became associated with good literature.
If you have not had enough first lines, you might like It was a Dark and Stormy Night, a board game whose name is a good giveaway of the objective of the contest. Or you might want to enter the Bulwer-Lytton Fiction Contest, inspired by the first line of Bulwer-Lytton's novel, Paul Clifford, which was no other than "It was a dark and stormy night"! In the contest, readers submit the worst possible first line for a hypothetical novel. You are can enjoy browsing the entries in their website.
Could you guess what book starts with the following first line?: "A story has no beginning or end: arbitrarily one chooses that moment of experience from which to look back or from which to look ahead." If you know the answer, visit our GuessWork page and let us know.
I am sure there are more interesting lines serving as openings for other titles. You can tell us about those in our comments.
To buy books covered in this episode, visit our TBR Bundles