Lists commending books abound. Annually, we get a rank of the best books every year from different sources, there are countless lists for the 1,000 or 1,001 novels to be read, and the list of literary prizes and awards gets longer as you read this. However, even books in those ultimate 1000-long lists do not always enjoy good reviews. In fact, Bill Henderson has compiled Rotten Reviews Redux, a book containing very unfavorable reviews given to titles you might not expect to be harshly criticized. In a very ironic turn of events, it turns out Bill Henderson's book has itself received unfavorable criticism; you can read some of them in Goodreads.
We have compiled a list of books receiving very unfavorable reviews that we want to share with you. We expect you do not judge us too harshly: 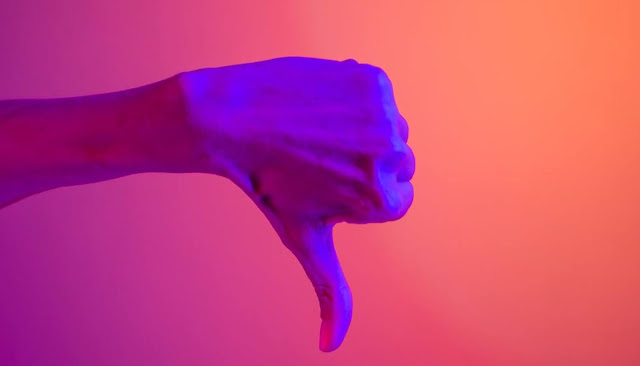 📗 Valley of the Dolls by Jacqueline Susann
📰 "It might more accurately be described as a highly effective sedative, a living doll."-Dirty Book of the Month, Time, April 1966 issue.
📰 "One of the worst books ever written"; "The first book written for people who didn't read books." -The Irish Times, February 1988.
Since books are often judged by their covers, despite the well-known saying telling us not to do so, we decided to start with the book we have chosen for our Cover Gallery this week. The cover is mostly pastel pink, which at first sight evokes innocence; however, look closer and you will see the die-cut of capsules around the faces of three pretty young women, shattering all first impressions and making a voyeur of the reader. Valley Of the Dolls tells the story of three friends who become successful actresses and discover their dose of pleasure in capsules and tablets. Despite the many negative reviews, the book is liked by many and it was adapted to a movie in 1967.
📗 The Great Gatsby by F. Scott Fitzgerald
📰  "What has never been alive cannot very well go on living. So this is a book of the season only..."  -New York Herald Tribune, 1925
The Great Gatsby definitely outlasted only one season of popularity. It has recently enjoyed a resurgence after the 2013 movie adaptation starring Leonardo DiCaprio. This classic of American literature set in Long Island during the Roaring Twenties tells the story a wealthy Gatsby in love with debutante Daisy Buchanan.
Art Deco was popular during the time the events in The Great Gatsby take place. If you would like to decorate a room (or several) recreating the ambiance of the book, you can use one of two options for wall papers created by Fabricum, one in white and gold, and another in black and metallic tones. 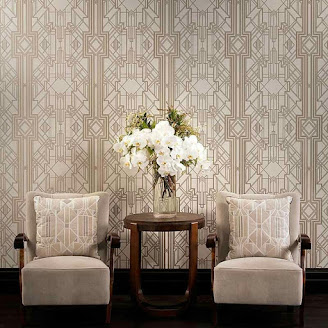 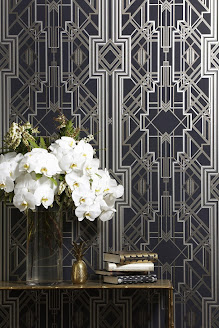 Wall paper options created by Fabricum
If redecorating is too big of a project, but you still want to add some Gatsby flair to a room, maybe you can consider some wall art. We found two options that would look great. 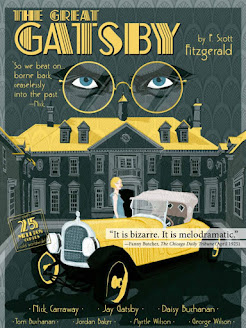 Art Posters created by Great Big Canvas (left) and rdvisual (right)
The book has also inspired many theme parties, and if you would like to have one of your own, maybe you would like to serve lemon cakes using the recipe from The Little Library Cafe.    The recipe is inspired by the 12 lemon cakes Nick serves in Chapter 5 for a tea where Gatsby and Daisy would meet.
📗 Wuthering Heights by Emily Brontë
📰 "Here all the fault of Jane Eyre are magnified a thousand fold, and the only consolation that we have on reflecting upon it is that it will never be generally read." -North British Review, 1847
The predictions by the North British Review were definitely wrong. Wuthering Heights, full of symbolism, have become a classic of English literature, and many have read the turbulent love story between Heathcliff and Catherine.
If Wuthering Heights is one of the books you hold dear, maybe you would like to wear a miniature pendant with a quote from it, made by Vintage Charmed Books. Or maybe you would rather spend a night in watching the 1992 movie adaptation starring Ralph Fiennes and Juliette Binoche or the movie from 1939 with Laurence Olivier and Merle Oberson.
📗 Twilight by Stephanie Meyer
📰 "Worst than just a bad book" -Psychology Today, 2015
Twilight has been ranked first in many lists, unfortunately these lists rank the worst books of ALL time. But the vampire-human-werewolf teenage love triangle has been a hit with many readers.
The series is set in northern Washington state, and Novel Adventures, a company specialized in literary destinations, have created a tour for Twilight fans with visits to the town of Forks (where Bella lived), Hoh Rainforest (worth visiting even if you are not a fan of Twilight), and other surprise stops.
📗 Of Human Bondage by W. Somerset Maugham
📰 "Its ethics are frankly pagan" -The Independent, 1935
If you are in the mood for a good cry, pick this title. Philip is an orphan with a deformity who seeks worldly adventure and gets entangled in a very masochistic romantic relationship. Despite the critic mentioned above, the book is beloved and admired by many, and the characters are truly dimensional.
📗 An American Tragedy by Theodor Dreiser
📰 "Worst written great novel"
The criticism mostly refers to the writing technique itself rather than the story; therefore, if you can get pass grammatical errors, you will be probably pleased with th book. However, if you cannot read a book unless it has been written at a high standard, we can review it for you in our section, Six-Word Review: Ordinary dreams turn into extraordinary nightmares.
Remember to tell us your own six-word review.
The two books we have chosen for Book vs. Book this week have two things in common: their authors's craft was the direct target for the bad reviews they received, and both were written around the same time.
📗 Madame Bovary by Gustave Flaubert
📰 "Monsieur Flaubert is not a writer." -Le Figaro, 1857
📗 Leaves of Grass by Walt Whitman
📰 "Whitman is as unacquainted with art as a hog is with Mathematics." -The London Critic, 1855
Many women of the time felt themselves reflected in Emma Bovary, a woman who seeks to escape her provincial life by overspending and having romantic affairs. Emma attempts to fill her reality with the passion and eventful drama of the novels she reads, but reality is not scripted, and the consequences must be faced. If you would vote for Madame Bovary, maybe you would like a drink featured in Tim Federle's Are You There God, It's Me Margarita. The drink mixes stout beer, pastis, Angostura bitters, a lemon twist, and...cold brew coffee.
If you would rather vote for Whitman and his famous poetry, maybe you would like to visit Walt Whitman House in Camden, NJ. This is the only house ever owned by Whitman, and to buy it, he used the proceedings of the self-published Leaves of Grass. The house is now a museum containing his death bed and his death notice, which was nailed to the front door at one point. Whitman is buried nearby, in Harleigh Cemetery, in a mausoleum he designed himself.
For this week's GuessWorks, we have chosen a wildly popular book. Salman Rushdie said the novel was "so bad that it gives bad novels a bad name", and Jodie Picoult said she did not understand the excitement over such a poorly written novel. However, the book has been a worldwide success. Would you venture a guess?
To buy books covered in this episode, visit our TBR Bundles.