Ep. 13. Do You Have 20 Minutes? It could take you less than that to read these books

Reading a good book does not necessarily has to be a long-term commitment with a tome. Some very worthy titles can be deemed condensed soup for your literary soul. We have compiled a list of books that can be read in one sitting or could be ideal to enjoy during your morning commute (if your commute involves driving, we will let you know whether an audiobook version is available).
In the spirit of brevity, let's not make you wait any longer: 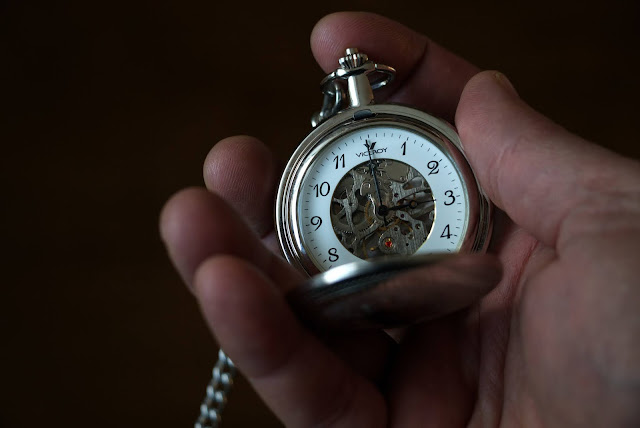 In today's world, in which we live surrounded by artificial intelligence (not complaining), the premise of this book might intrigue readers. A husband and wife team make robots to fight at the Gladiator Nationals competition.
We have chosen this book for our Six-Word Reviews, here it goes: IF robot defies programming THEN glitch?
📗 My Wife’s Story by Richard Babcock
⏰ ±10 min.   🎧 Audiobook available
Funny and tragic at the same time, the story almost reads as a script for a short film directed by Hitchcock. In this short read, a man is driven crazy by his wife's incessant telling of a story, and you would never see the plot twist coming.
Because the cover of the Kindle single captures the tragicomic essence of the book, we have chosen it for our Cover Gallery this week. 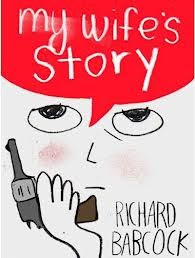 📗 Gutenberg the Geek by Jeff Jarvis

In this book, Jarvis tells us the story of Gutenberg and his printing press by making analogies to Steve Jobs and entrepreneurs at Silicon Valley startups. In this short read, you might learn things about Gutenberg and the creation of the revolutionary printing press that you did not know. The fact that Jarvis shows us Gutenberg as a dot com entrepreneur could even be a hook for some.
In the book, Jarvis relates how Gutenberg made his creation "open sourced" and taught everyone interested about the use of the printing press. This helped with two events: his competitors could not hold a monopoly, and the printing press was widely disseminated. In a nod to the creator of the printing press, the inventor of ebooks, Michael Hart, created Project Gutenberg, a library of free ebooks. The library currently hold over 60,000 free digital titles that can be downloaded or read online. It is important to note that the ebook's copyright has expired in the U.S. and they are available thanks to the thousands of volunteers who help digitize them.
📗 Safety Tips for Living Alone by Jim Shepard
⏰ ±20 min.   🎧 Audiobook available
Based on historical events, the story takes place during the Cold War as four men, and their families, are assigned to one of the surveillance towers built off the coast of Long Island to detect Russian attacks. As a powerful storm hits the surveillance tower, the story tells the fates faced by these four families.
If you are looking into being appalled and like reading about obscure history, this would be the bibliotherapy you need.
📗 The Snows of Kilimanjaro by Ernest Hemingway
⏰ ±20 min.   🎧 Audiobook available
The story centers around an American writer on safari with his wife, and his unexpected encounter with death.
Hemingway wrote the story at his writing studio in his house at Key West, Florida, now the Ernest Hemingway Home.  The studio was his sanctuary, and a tour of the house will inevitable be filled with stories worthy of the larger-than-life writer. Upon completion of the expensive pool, the first ever in Key West, Hemingway threw in a penny, now embedded in the cement, claiming that the pool might as well take his last cent. The cats roaming around the house today are descendants of Hemingway’s six-toed cat, and they have their own unique drinking fountain in the backyard. 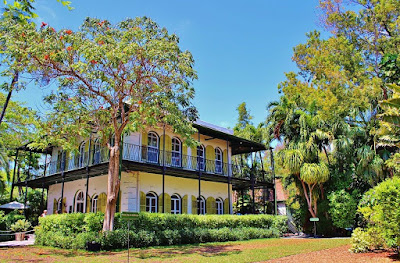 Photo by Michelle Maria
While in Key West, head to Sloppy Joe’s and have a Papa Doble, a concoction of rum and grapefruit and lime juice.

📗 The Great Wall of China by Franz Kafka

In this short story by Kafka, the narrator is an old man who was involved with the construction of the wall when he was younger. The book is about much more than the building of this grand structure, it is also about feudal life, government bureaucracy, and cultural inheritance.
At the risk of stating the obvious, if this book called your attention, you could be looking into planning a trip to see the Great Wall, or walls, as you will learn in the book. 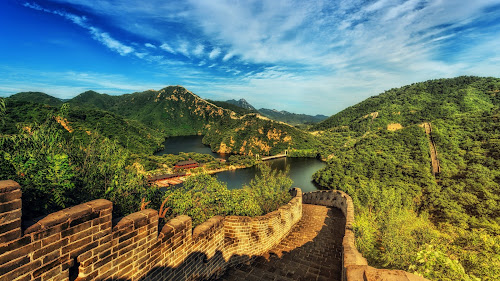 For Book vs. Book, this week will have a double feature. We will start with two short stories written by the same author, no other than Edgar Allan Poe, which you can read in 20 minutes each, although they will haunt you for much longer..

📗 The Black Cat by Edgar Allan Poe
⏰ ±20 min.   🎧 Audiobook available
A very morbid story in which a man abuses alcohol and becomes increasingly disturbed until his insanity drives him into cruelty towards the black cat he blames for his state.
📗 The Fall of the House of Usher by Edgar Allan Poe
⏰ ±20 min.   🎧 Audiobook available
Only Edgar Allan Poe can give us, in just 20 minutes, a story with gothic dungeons, mysterious illnesses, family conflicts, natural phenomena, and undead characters, just to name a few elements. In this book, the fate of a brother and a sister is doomed, just like the haunted mansion in which they live.
Poe resided in Philadelphia for a period, and he lived in several homes. But the only surviving one is the house at which he wrote The Fall of the House of Usher, now the Poe National Historic Site (532 N. 7th Street). You can visit the site and walk the same floors the “American Shakespeare” walked.
If you can dedicate slightly more than 20 minutes to a quick read, we have an additional Book vs. Book battle this week. We have chosen two books by renowned South American writers which would take you more or less 25 minutes to finish.
📗 A Very Old Man with Enormous Wings by Gabriel Garcia Marquez
⏰ ±25 min.
Lovers of magical realism will be delighted with this brief, but compelling story of a couple who finds an old man in very poor health in their yard. But here is the strange thing: this old man has huge wings and communicates in an incomprehensible language.
📗 The Library of Babel by Jorge Luis Borges
⏰ ±25 min.   🎧 Audiobook Available
This is our favorite story of the ones included in Ficciones by Borges, a book we have previously mentioned. Borges' story is a meditation on language, alphabets, and books. Readers are guaranteed to love this library allegory of the Universe.

We will be preparing an episode in the future with slightly, just slightly, longer books which might be ideal for longer commutes or longer wait times. For now, do you think you could guess the title of a book that could be read in about 20 minutes, if we tell you the first line as a clue? You can try to do so at GuessWork.

If you read any of these short titles, let us know in the comments, we would love to hear about your experience.

To buy books covered in this episode, visit our TBR Bundles